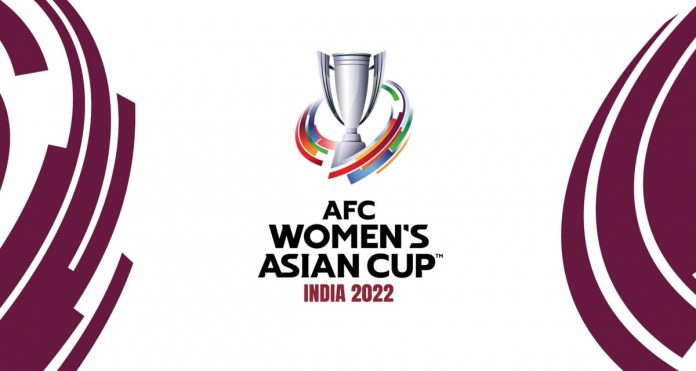 AFC Women’s Asian Cup began on 20th January and we all witnessed some entertaining matches. Also, there were some wonderful goals on the display from round 1 and the round 2 fixtures of the group stage. We take a review of all the five games played in the 2nd round with exclusive match highlights and match reports of all the games played in the round.

Starting with Group A, this is how the table looks like at the end of Matchday Two.

Eight-time champions China further underlined their title credentials, cruising to a 7-0 win over Iran in their Group A match of the AFC Women’s Asian Cup here on Sunday at the Mumbai Football Arena. The result leaves Iran’s quarter-final ambitions hinging on Wednesday’s clash against Chinese Taipei, which is likely to be pivotal to both sides’ knockout hopes whereas China confirmed their spot in the quarterfinals after the game. China will be free from playing in round 3 as India has withdrawn.

Wang Shanshan forced a strong save from Zohreh Koudaei in the 10th minute. The star goalkeeper got down low to deny the Chinese captain once again five minutes later, continuing the form which saw her voted Player of the Match in Thursday’s 0-0 draw against India. It seemed that it would take something special to beat Iran’s number one, and that’s exactly what Wang Shuang provided in the 28th minute, picking out the bottom corner with a perfectly directed left-footed effort from the edge of the box to celebrate her 27th birthday in style.

Maryam Irandoost’s side was never easily broken down, but China produced a move that would have picked apart all be the very best defenses just before halftime, with Zhang Xin’s slide-rule pass setting up Xiao Yuyi, who duly caressed the ball into the net to make it 2-0 two minutes before half time.  Melika Motevalli clumsily fouled Chinese substitute Li Mengwen, with Wang Shuang easily beating Koudaei from the penalty spot to make the score 3-0 and secure the points in the 49th minute.

Wang Shanshan extended the scoring further when she poked home Xiao Yuyi’s cross in the 55th minute, and the same duo teamed up four minutes later to increase the tally to five. China’s superior fitness and technique were evident throughout the second half, and they duly added a sixth through Tang Jiali 77th minute. She later assisted the player of the match Wang Shuang for a headed third with seven minutes remaining as China scored their 7th goal of the game.

The match between Chinese Taipei and India supposed to be played on 23rd January 2022 at the DY Patil Stadium, Navi Mumbai didn’t take place as India National team had more than dozen players who got infected with COVID. Due to not having enough fit players (11 players for the starting lineup) the Asian Football Federation decided to withdraw hosts India from the competition. Also, all the results of the matches against India that took place earlier in the group stages (versus Iran) will be considered null and void. To know more about it, read the detailed statements on it here.

GROUP A FIXTURES IN MATCHDAY 3

Proceeding to group B now, this is how things stand after the end of Matchday Two.

Title contenders Australia pumped in four goals in the second half to beat the Philippines 4-0 and advance to the quarter-finals of the AFC Women’s Asian Cup at the Mumbai Football Arena on Monday.

Australia played against the Philippines at the back of an 18-0 record victory against Indonesia which also saw Chelsea’s Sam Kerr overtake Tim Cahill as the nation’s record goalscorer.

Australia began to enjoy possession and territory but found it far from easy to break down their determined opposition. The Matildas came out firing after the interval, with Kerr making up for her earlier miss, breaking the deadlock by heading another pinpoint Catley corner kick delivery in the 51st minute. The Australians were 2-0 up two minutes later, with the otherwise impressive Randle unfortunate to lob the ball into her own net while attempting to keep Kerr at bay.

Tony Gustavsson’s side was now in total control, and they made it 3-0 in the 67th minute, with van Egmond heading home at the second attempt. Montpellier striker Marie Fowler also found the back of the net in the 87th minute to seal the win and also book a spot for the Aussies in the quarterfinals. In their 3rd and final game of the group stage, the Matildas face Thailand who defeated the Philippines by a 4-0 scoreline in the other game of Group B held at the DY Patil Stadium, Navi Mumbai.

Thailand bounced back from their opening day defeat to secure a 4-0 win over Indonesia in Group B of the AFC Women’s Asian Cup at the D.Y. Patil Stadium on Monday. Kanyanat Chetthabut starred with a hat-trick as Thailand revived their hopes after having suffered a 1-0 defeat to the Philippines in their opener.

Thailand, who came into the tie looking to redeem themselves following their Matchday One defeat, started promisingly with Chetthabut missing two early attempts from inside the six-yard box. Indonesia was kept on their toes as Thailand mounted more pressure with Taneekarn Dangda and Chetthabut coming close to scoring just after the quarter of an hour mark.

Thailand continued to pepper Indonesia’s goalmouth with shots. Indonesia’s resistance was finally broken in the 27th minute when an unmarked Chetthabut steered her header into the back of the net from close range following a corner by Jaruwan Chaiyarak. Thailand’s second goal came in the 36th minute with Dangda setting up Chetthabut for a simple tap-in. Thailand came close to adding their third goal in the 52nd minute when Wilaiporn Boothduang found space before setting up Dangda but the forward’s attempt was saved by Supriyanto.

With the clock ticking down, Thailand scored the 3rd goal and extended their lead in the 71st minute with a wonderful individual goal by Chetthabut, who scored from a distance to complete her hat-trick. Thailand made it 4-0 five minutes later through Irravadee Makris, who scored from what was meant to be a cross when she sent a long ball that floated over a despairing Aprilia. Thailand faces group leader and tournament favorites Australia in their final game. It will be a very difficult game for the Thai side as they will be up against a team that has already scored 22 goals in their last two matches.

GROUP B FIXTURES IN MATCHDAY 3

Moving to group C, this is how the table appears like after the end of Matchday Two.

Korea Republic defeated Myanmar by a 2-0 scoreline on 24th January at the Shree Shiv Chhatrapati Sports Complex to confirm their spot in the quarterfinals of the ongoing AFC Women’s Asian Cup.

Korea Republic thoroughly dominated the run of play against Myanmar, the lowest-ranked team in Group C. But South Korea couldn’t convert their ball possession advantage into meaningful offense until the second half.

The Koreans looked set to make light work of their opponents, with Cho So-Hyun heading wide inside the first minute, but Myanmar frustrated them as the first half wore on. It took just four minutes into the second half for the Koreans to get their first goal as Lee Geum-min’s volley in the 50th minute opened the scoring. Positioned well inside the box, Cho So-Hyun headed down a long pass from midfield and Lee caught the ball with her knee before shooting it past goalkeeper May Zin Nwe.

Ji So-Yun then scored her third goal of the tournament in the 83rd minute. Nwe got a piece of Ji’s header but the ball bounced off the right post and just crossed the goal line. Korea Republic will play Japan on Thursday to decide the top spot while Myanmar will have to defeat Vietnam to keep their hopes of advancing as one of the two best third-placed teams alive.

Defending champions Japan beat Vietnam 3-0 at the Women`s Asian Cup in Pune on Monday to book their place in the quarter-finals alongside Australia and South Korea. Victory means Japan go into their final game in Group C against South Korea on Thursday with a guaranteed top-two finish.

Futoshi Ikeda’s started with their confidence high following the 5-0 win over Myanmar side in their last game. Japan had to wait until the 38th minute to take the lead when Narumiya netted from close range. They doubled their lead five minutes into the second half as Kumagai was the fastest to react after Tanaka’s header saw the ball rebound off the woodwork.

Japan found their third goal of the match eight minutes later with Saki Kumagai at the heart of the action again. The skipper redirected a corner kick into the centre of the box for an unmarked Narumiya to slot home. Narumiya beat Vietnam goalkeeper Tran Thi Kim Thanh to her left in the 58th minute to put the seal on a comfortable win for the 2014 and 2018 winners

The win took Japan to six points from two matches and they, together with Korea Republic, who defeated Myanmar 2-0 earlier on Monday, are assured of a top-two finish. The two East Asian rivals will meet on Thursday to decide the top spot while Vietnam will aim to defeat Myanmar in order to stand a chance of claiming one of the two best third-placed slots into the knockout stage