Quess East Bengal too followed the footsteps of other Indian football clubs and joined the race of signing Spanish footballers by bringing in Marcos Jimenez de La Espada to their squad ahead of their upcoming season in Indian football. Jimenez will join the squad following the Durand Cup. 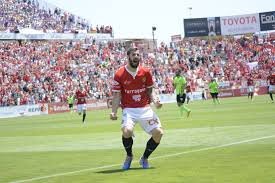 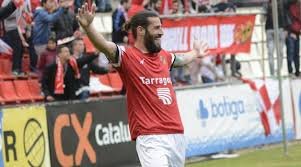 Jimenez started his career in San Francisco and signed professionally for the first time with club Constancia. He then spent some time with RD Mallorca B team and tried his luck out with several other spanish clubs.

He played 23 professional football matches with Saint Andreu until he was spotted by Catalonia based club Gimastic where he went on to represent 124 matches.

He then signed for Hong Kong based club Southern District FC before joining East Bengal.

Jimenez is a player who knows how to score and his addition will be a huge boost to East Bengal’s squad specially after losing last season’s top Indian Jobby Justin. With the inclusion of Marcos Jimenez, East Bengal will definitey be the club to watch out for in the upcoming I league season.

Ever since the inception of Indian Super League, North East United FC have struggled to feature in the...
Read
Featured

Managers Who Managed A National Team After Hero ISL

Who are Northeast United FC’s Top Goalscorer in Every ISL Season?

Northeast United FC, over the course of six years in its ISL history, has produced some phenomenal goalscorers....
Read
Indian Super League

Eversince the inception of Hero ISL, the tournament have given birth to many players who represented their...
Read

Karolis Skinkys – “We have all the ingredients for a successful season”

From Aitor Monroy to Nick Fitzgerald: Who are the 7 overseas recruits of Jamshedpur FC?

Jamshedpur FC completed their foreign signings recently. Jamshedpur were in search of an AFC quota player and they signed Nick Fitzgerald,...
Read more

Who are the asian signings of each ISL team?

Follow us to stay update on everything INDIAN FOOTBALL

Who are the asian signings of each ISL team?

From Aitor Monroy to Nick Fitzgerald: Who are the 7 overseas recruits of Jamshedpur FC?

Jamshedpur FC completed their foreign signings recently. Jamshedpur were in search of an AFC quota player and they signed Nick Fitzgerald,...
Read more

5 Mohun Bagan players who might not be a part of ATKMB.

The triumphant run of Mohun Bagan in the recent I-League season had not only sent fans in a state of ecstacy...
Read more

From Mandatory Asian Player to New Teams: What We Can Expect from ISL Season 7

ATK won the 6th season of ISL and FC Goa secured The AFC Champions League spot as they finished top of the table. What can we expect from the next season?
Read more

Why Do Indian Clubs Need To Play ACL Regularly?

FC Goa were chasing the ACL dream in the match number 85 of ISL in JRD TATA Complex when Jamshedpur FC hosted...
Read more