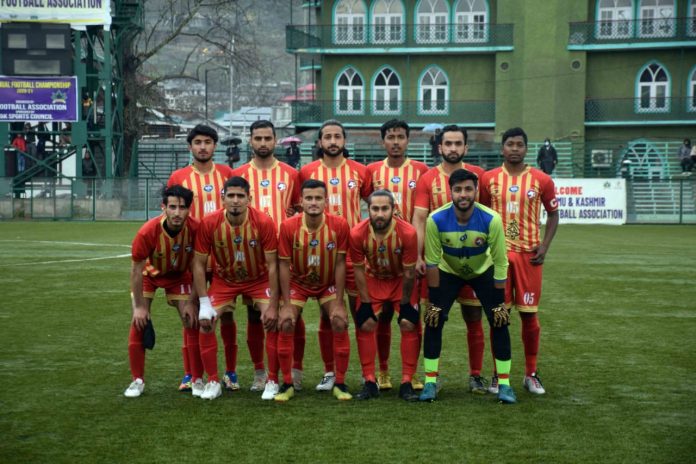 Although Jammu and Kashmir Union Territory has produced many National-level footballers but the pace had ultimately slowed down.

However, in the conflict torn region over the last few years, the emergence of football clubs from the J&K, especially in Kashmir region has produced multiple talented footballers, who represented Kashmir at national level leagues of Indian football.

Pertinently, I League 2nd Division tournament will provide the platform to all those clubs to exihibit their potential at the national level.

While divulging the details about achievemts and preparedness of Hyderya Sports, Chairman of the Football Club Mr. Feroz Hussain revealed that the club is preparing to play in the I league 2nd Division and that such prestigious league will boost their morale to participate in international level tournaments.

Hyderya Sports assured that every possible step will be taken for development of football, so that our youth will choose Sports instead of drugs, he added.