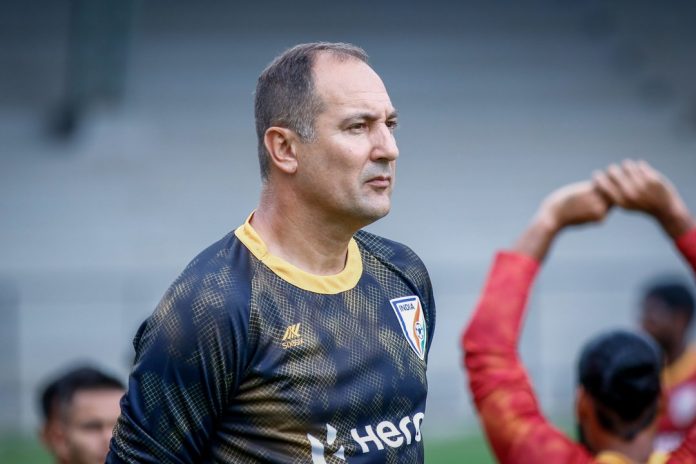 Igor Stimac’s men played the joint World Cup Qualifiers and AFC Asian Cup Qualifiers on the 3rd, 7th, and 15th of June against Qatar, Bangladesh, and Afghanistan. In the fullness of time, the team secured the 3rd position in the group and secured their spot in the 3rd round of AFC Asian Cup Qualifiers. The head coach of the national team, Igor Stimac, addressed the media on a candid talk session arranged by the AIFF. Following is the transcript fragment on being asked about his contract with the national team and his views on the upcoming qualifiers.

“That’s a question you should be asking them (AIFF). I am honoured to be working with the AIFF, and I appreciate the support that is being given. I know that given the circumstances we were in, it was impossible to achieve more. So it (the extension) is on the technical committee, AIFF and the president to decide. If they thinks we haven’t achieved as much, it is their decision.”

“We need to discuss with the technical committee and analyse everything that has happened in the last two years. We need to look at our weaknesses. When we start looking and comparing, I would look back at when Mr. Constantine was in charge. When he began his work, there were a lot of difficulties. It’s a long process. I will say that my time has been more difficult since I was brought in. We have changed the gameplay, improving possession and passing. We have succeeded in a certain way; it’s clear from the stats. Our passing and possession have improved. We need to find players to work in such a style, and it is normal. Most of the foreigners (in the domestic leagues) occupy important positions, so our base for selection becomes small. The players did their best and were disciplined. We need to understand it takes a lot of work to improve, and there will be suffering on the path.”