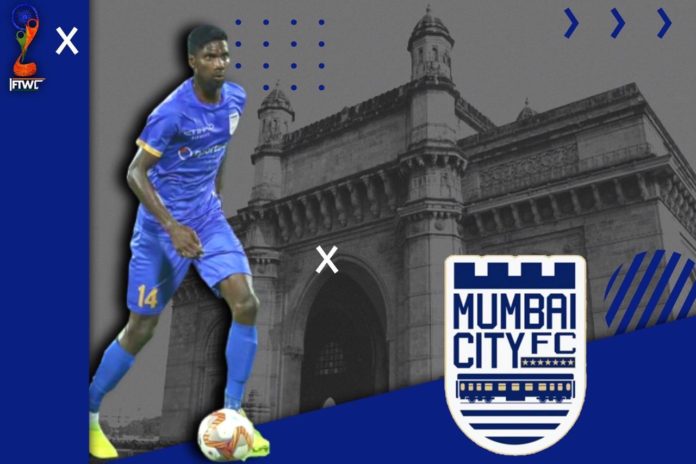 This article is a part of IFTWC’s Indian Player of the Season (IPS) series, where we talk about the best Indian player from each club.

What N’Golo Kante means to Chelsea, what Fabinho means to Liverpool and what Casemiro means to Real Madrid is what Rowllin Borges means to Mumbai City FC.

Statistically, Rowllin Borges does not stand out. Anyone who did not follow Mumbai City’s games this season would not be able to even comprehend the surrounding hype. But that’s how Borges goes about his game. He gave Mumbai City the platform to dominate as he bossed proceedings in the holding midfield role. Borges was a vital cog in the Costa machine and is expected to be only better under Lobera, who’s all set to be the head coach of Mumbai City FC from the 2020-21 season.

The contrast between then and now is stark. From scoring goals against Mumbai City to stopping them for Mumbai City, the transition has been delightful. Having a Goal+Assist number of 4, more than most of his teammates, speaks volumes about him. The Goan lad is the heartbeat of the club now and the journey has been beautiful yet fierce. Buckle up, as we dive deep into the case of Rowllin Borges- Mumbai City’s own beast.

Amidst the gloom of the previous season, Mumbai City had brought in Borges in a low-key arrival. Much of the less elatedness seeped from the tag given to him by the fans. Some considered him a wasteful player in attack, and his defensive abilities had not been brought to the fore till then.

What Jorge Costa did to him was simple, but genius at the same time. He shifted Borges to a deeper role and his main attacking moves came from accurate long balls or progressive passes to the final third. On an average, Borges had the second highest interceptions per match in the league. There have been some moments when it seemed only a player like him could spot such an opportunity.

Like during the match against Kerala Blasters at home in December 2019 when he spotted a vacant space next to Sougou on the right and delivered a perfectly weighted pass to him.

Borges has hawk-like eyesight while finding chances. In the match against Bengaluru FC in January, during the 13th minute of the match, Borges possessed the ball almost at the halfway line when out of nowhere he shot the ball. While viewers were wondering where he intended to pass it, Borges had just executed one of his fabulous passes. Sougou did well to meet that pass with a header and the ball went pass Gurpreet Singh Sandhu for a goal.

These are moments which send waves of jubilance and awes among the Mumbai City faithfuls seated in the stands. Whenever the crowd purred in delight, one could bet it was for the sight of Borges yet again giving an exquisite pass or a hard tackle.

Borges has often been lambasted for his tackles and fouls. But any well-wisher of the club would not trade it for any other thing. It’s the way Borges likes to be on the ground-a complete beast. He never shies away from a scuffle or two, most evident when he played against Bengaluru FC both times. He got into fights with Erik Paartalu and Dimas Delgado quite a few times, but that face of his, with his eyes wide open and ready to tear down anyone, is enough to make players think twice before charging at him. “Never afraid, very brave and tough. He always wants to do his best.” Amrinder Singh told during an Instagram live with ISL.

But off the field, he’s completely different.

“I see him in training and he’s always smiling.” Amrinder added. No wonder fans call him The Smiling Tank.

In a similar Instagram live, former Northeast United coach Eelco Schattorie had something interesting to say about Borges, who played under him for the Highlanders. “The style and quality of Borges is like Kevin De Bruyne, not at the same level obviously. Box to box player, wonderful passing ability, can score goals and having good assists.”

The Dutchman stressed on one very important point. “The first thing you notice about him is that he has scoring ability. He shows up inside the box at the right place at the right time.” Borges justified this with a goal at Fatorda against FC Goa in February when he showed up inside the box and converted a delicate pass into a goal. He knows when to time his run, and that acts as a crucial factor during the matches.

Rowllin Borges ended the season with 2 goals and 2 assists. But there’s a lot more at stake than these numbers. In the ISL player ratings, Borges averaged an impressive 7.48, with only Gurpreet Singh Sandhu(7.97) and Sunil Chettri(7.77) being the only Indians above him.

To say the least, Mumbai City FC have found a gem of a player. With the blue moon rising for the Islanders after City Football Group’s investment in the club, Borges can expect better days. If the Ahmed Jahouh transfer rumor materializes, Borges can form a fierce partnership in the midfield with the Moroccan.

We don’t know what the future holds, but one thing is for sure. The army of haters and doubters, who trolled Borges in the past, need to have a hard look at themselves if there still exists even a dram of doubt in their minds regarding his quality.