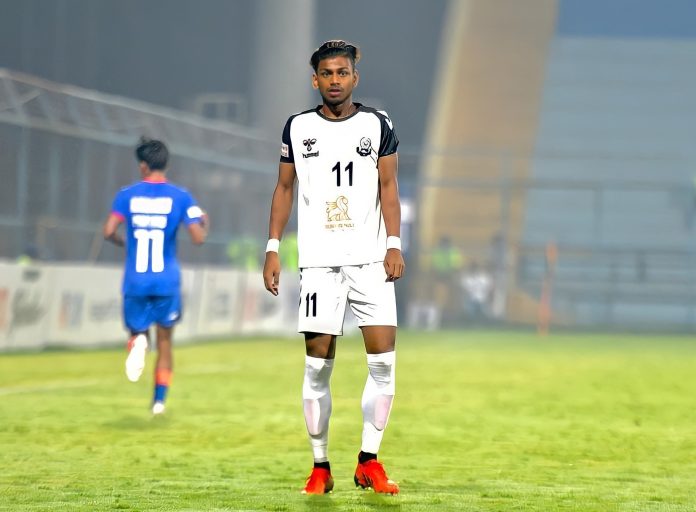 “Faisal Ali has signed for Bengaluru FC on a pre-contract agreement for the next season,” a source close to the developments informed IFTWC.

Born in Kolkata, Faisal has started playing for the reserve team of Calcutta Football League (CFL) side Southern Samity FC. He was later on promoted to the senior team in 2018. Ali played for Southern Samity for two years before signing for fellow CFL side Bhowanipore FC in January 2020.

Faisal’s stay at Bhowanipore FC was short-lived as his skills and performance impressed Kolkata Giants and I-League side Mohammedan SC for whom he eventually signed in November of the same year. Ever since then Ali has been an integral part of the Black Panthers’ attack and played a crucial role in helping the team make it to the championship stage and finish in the 6th position.

Faisal Ali was also part of the Mohammedan SC team that went on to the final of the 2021 Durand Cup and became the runners-up. He even scored a goal in the tournament. Faisal Ali has scored 4 goals and 2 assists in all competitions so far for Mohammedan SC.

Ali is not known for his goals scoring ability, but for his silky skills and dribbles that make opposition defenders dance at his feet. Not to forget about his tremendous pace which has been an important weapon for every club he has played for.

Another thing that is impressive about the youngster is the work rate he produces. He helps his team during defending by tracking back and making runs while playing an equally important during counter-attacking as well.

Faial Ali‘s addition will be a massive boost for Bengaluru FC, who finished 6th in the ISL 2021-22 season. The Blues are going through a difficult time as they have failed to make it to the ISL semi-finals for two consecutive years. Bengaluru FC are currently rebuilding their squad for the future with most of their core players either aging or underperforming.

It’s now for us to see if Faisal Ali’s trickery and speed can help the Blues in scoring more goals and bring back the famed glory days that the West Block Blues have been eagerly waiting for since their ISL triumph in the 2018-19 season.