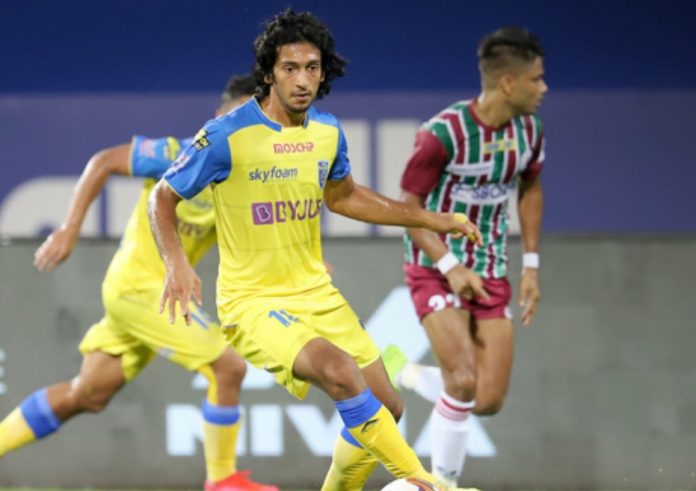 Let’s dive into the match details of #ATKMBKBFC.

For Kerala Blasters FC, except Facundo Pereyra the rest of the squad is available for selection.

For ATK Mohun Bagan, except Edu Garcia the rest of the squad is available for selection.

Marcelinho will be looking to make his debut for ATK Mohun Bagan tonight.

THREE INDIANS AND FOREIGNERS TO LOOK-OUT FOR

The Roy Krishna – Carl McHugh duo worked out a goal in the previous game which is bound to give the side a boost in scoring more goals in the upcoming game. Gary Hooper has been showing considerable signs of improvement and he’ll be one to watch-out for tonight.

Kerala Blasters FC and ATK Mohun Bagan has only met once and the latter won with Roy Krishna proving to be the sole difference between both the sides.

With ATK Mohun Bagan coming back from a loss, Kerala Blasters FC will look to continue the unbeaten run. We’re predicting an away win for tonight’s game.