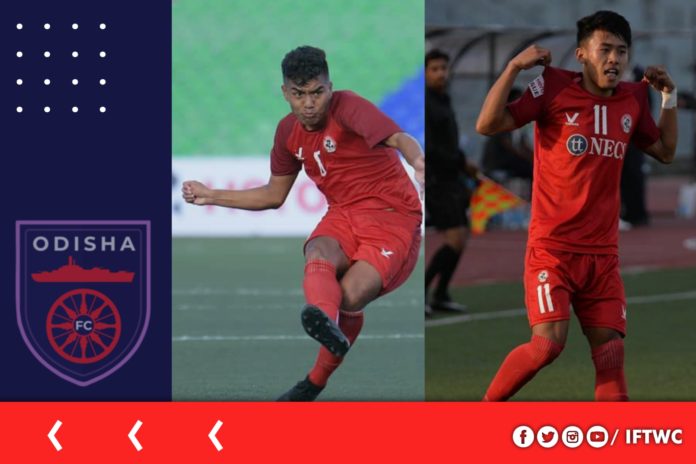 Football news doesn’t stop even during lockdown right?? From new signings to contract extension to retiring, the news are spread everywhere.

The club who gathers youths from different places, Odisha Football Club has signed two amazing players from former I-League Champions Aizawl FC. They are none other than Isak Vanlalruatfela and Paul Ramfangzauva, who played great matches throughout the 2019-20 season of I-League.

The 19 year-old boy from Mizoram, Isak used to play at Bengaluru B team before he was signed by Aizawl FC in 2018. He made 19 appearances in 2 two seasons and scored 3 goals for the team. Due to his health problems, he couldn’t play the second half of the last Hero I-League season. Though he ended the season with injury he is able to sign a 4 year-contract deal with OFC for his amazing performance before his injury.

Paul is a product of Aizawl FC academy. He used to play for the u-18 team before he was promoted to the senior team in 2018. He made an appearance in 17 matches scoring one goal. He was a crucial player for the team in MPL and I-league. Praise for his performance, he is able to sign a 3-year-contract deal with the Indian Super League Club Odisha FC. Both of them were also a part of the winning team in the Mizoram Premiere League for two consecutive seasons. Isak even bagged home the Best Forward Award.

The club’s owner also said that he looks forward to seeing them on the field, strengthening the midfield and forward position. Let’s hope to see their amazing performances in the the next season of the Indian Super League.

Check out our website for regular updates of Indian Football – https://iftwc.com/

For all Transfer Rumours – https://iftwc.com/transfer-centre-indian-football/