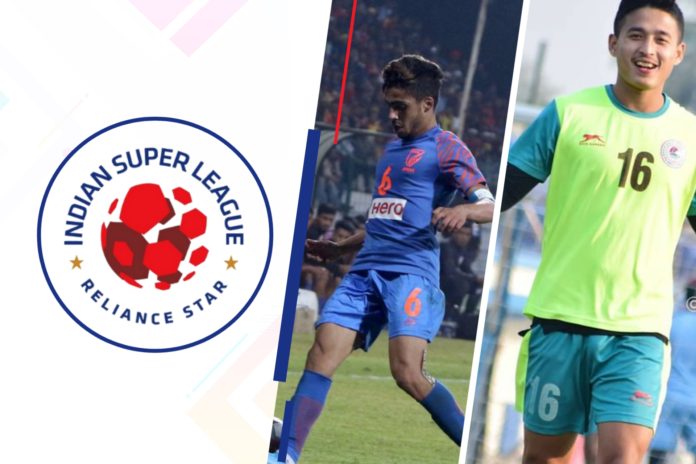 In 2018, when the Indian U-20 side beat the Argentina U-20 team, everyone in the country sat up and took notice of the young talent this country possesses and the future of Indian football looked bright. And 2 years since that historic win, the talent coming out of Indian football academies right now are simply impeccable. This sudden burst of bright, talented young footballers could be credited to the advent of the ISL and its grassroots program. Football is a lucrative career option right now and as the sport keeps on growing, Indian football fans flock the stadiums once again and all these factors have contributed in the influx of some great talented young footballers into the premier football competition in this country. As the clubs start prepping for the 2020-21 season, they have signed some exceptional young footballers who could light up the league in their debut season. Our bet lies on these 5 footballers who are going to kick off their maiden ISL campaign to burst onto the scene.

Vikram Pratap Singh led the Indian U-16 side during the AFC U16 Championship in 2018. India qualified for the quarterfinals after 16 years and was 1 step away from qualifying for the U17 World Cup in 2019 on merit. India lost a closely contested game to South Korea 1-0 in the quarters, but the future looked bright for the talented players in the squad. Vikram joined the I-League outfit and Indian youth development side Indian Arrows for the 2018/19 season. In his first season with the Arrows, Vikram who plays as a wide midfielder played 13 games and scored 1 goal. Vikram was handed the armband for the 2019/20 season and he led the Arrows from the front. Vikram scored the only goal against the much-fancied East Bengal side at Kalyani stadium as the Arrows went on to win 1-0 away from home. The young side received a standing ovation after the game from the home fans. Vikram went on to score 4 goals and was the highest goal scorer for the Arrows for the 2019/20 I-League season. His impeccable performances for the Arrows earned him plaudits from the football fraternity and Mumbai City FC and Kerala Blasters were both keen to secure the signature of the young winger. Vikram chose to sign for the Islanders and will be keen to sharpen his skills with Sergio Lobera. Vikram has played all over the pitch for Indian Arrows and his versatility, leadership qualities and productivity in the final third will be something that might make him indispensable for the Maharashtra outfit.