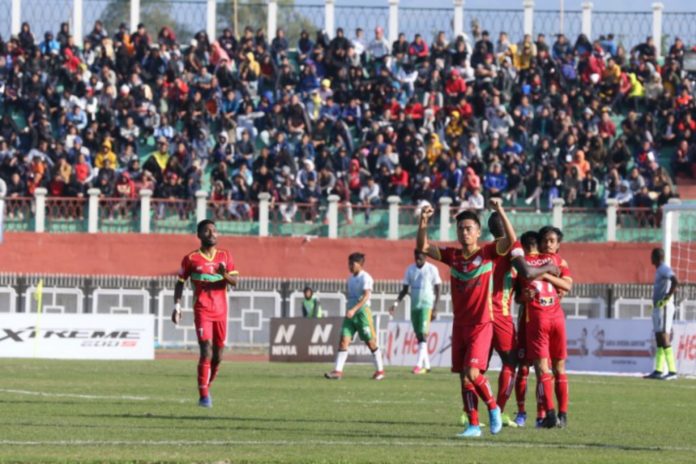 After ending the partnership with Aciesta, there have been many changes in TRAU FC. Many players were released and some are signed by ISL clubs. Club officials along with secretory Phulen Meitei have scouted some exciting players from the state league and have signed them on multi year contracts.

One of their biggest Indian signing is Seiminmang Manchong. Manchong played for Royal Wahingdah before joining Delhi Dynamos in 2017. He played for their reserves initially. After string of good performances, the forward from Manipur was promoted to the main team. Manchong was with Odisha FC in the last ISL season. He failed to get proper playing time under Joseph Gombau. It’s time for reunion for Manchong as he returns to TRAU where he started his professional career.

TRAU FC strengthened their defense with the addition of Abdul Salam. He is a versatile player as he can play anywhere in the backline. Abdul started his professional career at KLASA who play in the Manipur Premier League. Then he had a stint with SSU before joining NEROCA.

Abdul won Manipur Premier League, CC Meet Tournament and Loktak Trophy in just one year. He was also awarded as best defender of the tournament in CC Meet. Abdul didn’t took much time to make his debut in the I League. He made appearances against clubs like East Bengal. He joined Real Kashmir next season but failed to get playing time for the team from the valley. TRAU FC have given him a opportunity to revive his career.

Ningthoujam Olen Singh and H. Prasanjit Singh have also joined TRAU FC. Olen is a winger who was top scorer in the Saheed Manoranjan trophy 2019-20 and on the other hand, goalkeeper Prasanjit was part of Manipur Santopsh trophy team last time around. Former Sagolband player Kisan has also penned down contract with TRAU FC. Kisan was captain of Sagolband United and has played for NEROCA FC previously.

Tajuddin, a attacking midfielder with a fine record to his name has also joined TRAU on a 2 year contract. Experienced midfielder Prikanta Singh is another player who has made move to TRAU. He has previously played for Royal Wahingdah, DM Rao and SSU. Naresh Singh, right back of Jamshedpur FC reserves and Nongthambam Ronaldo Singh who is also a defender have joined TRAU FC.

TRAU FC are in advanced talks with East Bengal forward Bidyasagar Singh, IFTWC has learnt. Club secretory Phulen Meitei along with other officials are still scouting players from Manipur. Interesting times ahead for the footballing state of Manipur.

For all the transfer news in Indian football – https://iftwc.com/transfer-centre-indian-football/